The British won the French and Indian War that ended in 1763. The Seven Years' War was the final war in a series of wars over who controlled Colonial North America.

Timeline of British Monarchs and Their Wars for North America

The conflict over who would rule over North America involved four British monarch reigns. It wasn't until the last conflict that the wars concluded. However, the subsequent 12-year span ended with the American Revolution when the Colonists rebelled against Great Britain.

Causes of the Four Wars

While there were a total of four French and Indian Wars, the ongoing conflict was over the desire to rule over Colonial North America. The colony was rich in resources and whoever ruled over the vastness of the continent would gain great wealth and eventually rule the world.

Cause of the Final French and Indian War

The cause of the 1756 French and Indian War was over who controlled the upper Ohio River Valley. The British laid claim to this territory that meant the colonists in Pennsylvania and Virginia were free to settle in the region as well as trade openly there.

King Louis XV of France (reign 1715 -1774) declared France was the rightful ruler of this region and France continued to expand into the region. This created skirmishes and conflicts with Colonist settlers, and eventually battles with British troops. In 1756, King George II declared war against France.

There were three decisive battles that led to the end of the war. The first was the British victory in Louisburg, followed by the fall of Fort Frontenac and eventually the control over Quebec.

The Siege of Louisburg (July 27, 1758) was a turning point in the French and Indian War. The British and American Rangers defeated the French and seized the garrison that guarded the Saint Lawrence River that served as the gateway to French settlements in what is now Canada.

Located in the northeast sector of Lake Ontario, Fort Frontenac offered easy access to the mouth of the St Lawrence River. The fort served as a supply warehouse with only 110 French soldiers. The fort on August 26, 1758 was attacked by Lt. Col John Bradstreet of Maine and his 3,600 troops. The fort fell two days later. The seizure successfully cut off supplies to French troops well as Fort Duquesne. On September 14, 1758, General John Forbes led a successful attack on Fort Duquesne and captured the fort. 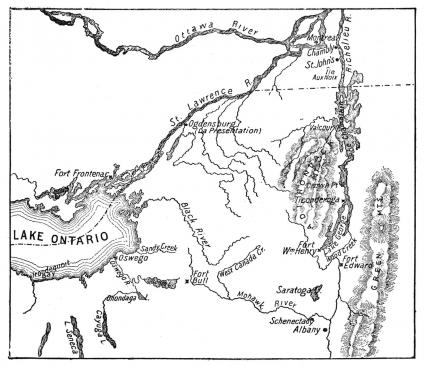 On February 10, 1763, the Treaty of Paris was signed, ending the French and Indian War. The French surrendered the North American mainland east of the Mississippi to Great Britain, except for New Orleans. New Orleans remained part of the French Empire until 1803 when sold to the United States in the Louisiana Purchase.

When researching who won the French and Indian War, the answer is Great Britain. France not only lost the war, but also what later became Canada, yet the French influence in Quebec remains strong to this day.

3
Comments
© 2006-2021 LoveToKnow, Corp., except where otherwise noted. All Rights Reserved.
Who Won the French and Indian War?