France is a country full of history and its monuments are one beautiful aspect of that history. In fact France has over 40,000 official monuments, making it the European country with the most historic monuments overall. It's hard to make a list of all the ones that are "must sees" but there's definitely a short list of the most popular and most visited ones.

Located at Place Charles de Gaulle (also known as the Place de l'Étoile) at the Champs-Élysées, the Arc de Triomphe is a massive celebration of Roman architecture. The Arc was dedicated in 1836 to the soldiers who gave their lives to protect France during both the French Revolutionary and Napoleonic wars. The Tomb of the Unknown Soldier, a memorial for World War I, is located underneath the Arc and debuted in 1921. The Arc is also the site of the Memorial Flame (La Flamme sous L'Arc de Triomphe), added in 1923, which is lit every evening to honor the soldiers killed in World War I. 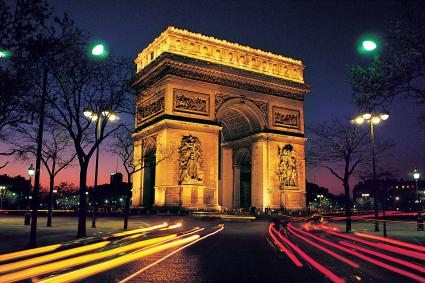 This square was once the site of the notorious Bastille prison until it was razed to the ground during the revolution from 1789 to 1790. A column now sits on the square, known as the Colonne du Juillet or July column, and atop it sits the Génie de la Liberté (Spirit of Freedom) statue. The Opéra Bastille sits where the Bastille Fort once stood, and there's a marina as well. 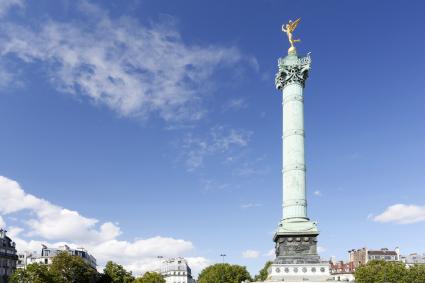 The Louvre Museum, also known simply as "the Louvre," is the largest and most visited art museum in the world. The museum was built starting in 1546 by King Francis I and was originally designed as a castle for the royal family. With each successive king more work was done to the building, particularly during the reign of Louix XIII and Louix XIV and under Napoleon. Versailles became the home of the king in 1682 and eventually the Louvre became a museum in 1793. One of the most recent and controversial additions to the Louvre is the Pyramid, a steel and glass structure at the entrance built in 1984 by famous architect I.M. Pei.

Facts About the Louvre 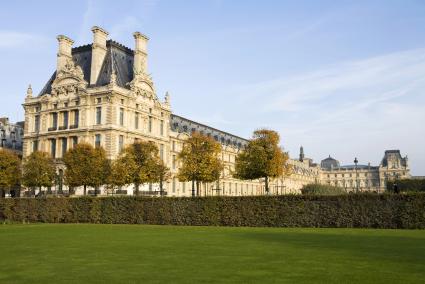 The Palais du Luxembourg, or Luxembourg Palace, was built in the 17th century as a home for Marie de' Medicis, the mother of King Louis XIII. The palace is currently the home of the French Senate. The stately palace is a beautiful example of both French classical and Renaissance architecture, designed by architect Salomon de Brosse. The grounds surrounding the palace are the Jardins du Luxembourg, or Luxembourg Gardens, which are cover 25 hectares (about 61 acres). 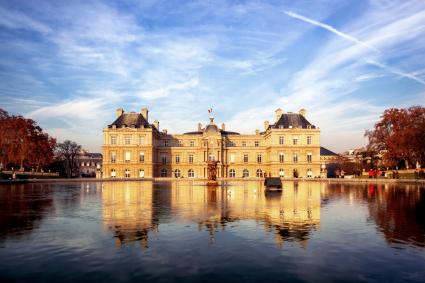 The beautiful Notre-Dame cathedral suffered a terrible fire in 2019 that caused severe damage. The cathedral is closed to the public while renovations are underway and it's not certain when it will be reopened or if it even can be saved from the damage. The French government hopes to have it done by 2024 in time for the Summer Olympics. The Catholic cathedral is one of the best known examples of French gothic architecture. Notre-Dame was first built in 1160 and it took about 100 years for construction to be finished. 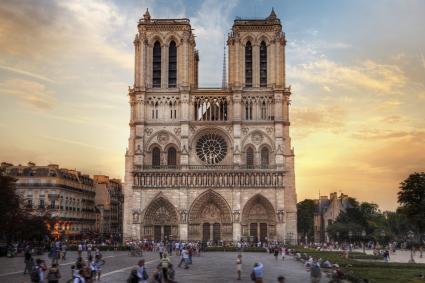 This Roman Catholic church and minor basilica began construction in 1875 and was finished in 1914, although its formal consecration did not happen until 1919 due to World War I. It's known in English as the Basilica of the Sacred Heart of Paris. In addition to the building, there is a garden and fountain, crypt and tourists can see a panoramic view all of Paris from the top of the highest dome. It's located on top of the hill Montmartre which has the highest elevation in Paris. The name means Mount of the Martyrs.

Facts About the Basilique du Sacré-Coeur 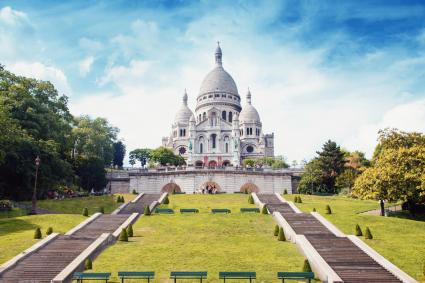 The Eiffel Tower is one of the most well known monuments in France and the world. The tower is named after the engineer Gustave Eiffel whose company was responsible for the design and construction, although it was Maruice Koechlin and Emile Nougier who actually designed it. The tower was built for the 1889 World's Fair and stands 1,063 feet tall. It was considered the tallest structure in the world until 1930 when the New York City Chrysler Building was finished. Visitors can see all of Paris from the observation deck at 906 feet. 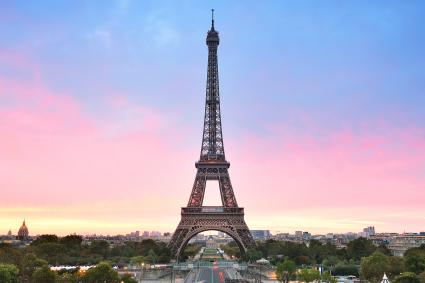 The stunning Château de Versailles, or Palace of Versailles, was the home of the king of France, starting with Louis XIV in 1682. After the French Revolution in 1789, the palace no longer served as the residence and eventually became a historical monument after it was restored from the damage and looting during the revolution. Versailles is composed of the Château, a set of apartments, the Grand Gallery including the Galerie des Glaces, or Hall of Mirrors, a chapel, opera, and an immense garden. The garden has several pools with sculpted fountains, bosquets or groves in English and two smaller palaces, the Trianon Châteaux. One of these, the Petit Trianon, became the palace of Marie Antoinette. 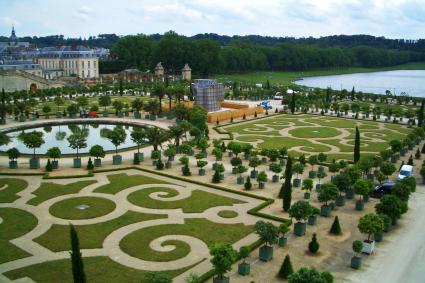 The oldest monument in France actually comes from Egypt. The Obélisque de Louxor, or Luxor Obelisk, is more than 3,300 years old. It came to Paris in 1833 due to a trade from the ruler of Egypt for a large French clock which can now be found at the Citadel of Cairo. There is another Obelisk still in Egypt that matches the one in France situated at the temple in Luxor. The Obelisk resides at the Place de la Concorde next to two fountains. 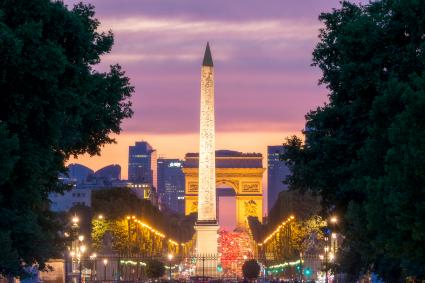 La Grande Arche de la Défense is also known as the La Grande Arche de la Fraternité or La Grande Arche. The English translation is the Great Arch of the Defense or the Great Arch of the Fraternity. The monument is located in Puteaux, France. The Great Arch is one of the newest monuments, built as part of a national competition in 1982 to honor the bicentennial of the French Revolution. It was designed by Johan Otto V. Spreckelsen and construction was finished in 1989. It can be found at the end of the Axe Historique ("historical axis"), a "line" of monuments that stretches through Paris and ends at the Louvre. 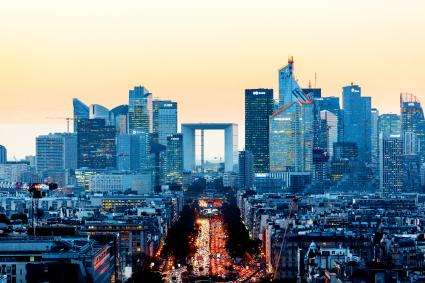 There are many more iconic monuments to be found in France. From ancient abbeys, luxurious castles, to elaborate cathedrals and historic cemeteries, there's sure to be a wealth of choices for the intrepid tourist visiting France.