The Canadian province of Québec has a unique culture influenced by several cultural and ethnic groups. From the First Nations to the French, English, Scottish and Irish settlers during the early years of the country's forming, Québécois have developed a rich tradition all their own. Recent immigration into the province has brought a more multicultural flair over the last few decades as well.

As of the 2016 census Québec had a population of 8.16 million and it is estimated to grow to 8.18 million in 2020. The most recent figures on racial groups in the province are from 2016, with 12.96% of the population from a minority ethnic background and the rest Caucasian. Of that 12.96%, the ethnic breakdown is:

About 84% of Québec's residents speak French as their first language and it's the official language of the province. English residents are considered a minority group with about 10% speaking English at home. Of the languages other than English, the ones spoken the most at home are:

According to the 2016 Census, 13.7% of Québec's population are immigrants. The immigrants come from a wide range of countries, with the largest numbers of recent immigrants (between 2011 and 2016) coming from:

The Cultures of Québec

Several groups have had an impact on modern-day Québec's cultural mix. Even though Québec is thought of as primarily French, there are many diverse influences to be found.

The influence of the French settlers who came to Québec starting the 1600s has had a profound impact on the province and is still the dominant culture and language today. Settlers flocked to Nouvelle France ("New France) from 1534 through 1763, particularly in the 1660s and beyond. Though the French settlers in Québec officially became part of English Canada in 1763 with the Treaty of Paris, they steadfastly retained their French identity. Because of the large concentration of French-speaking Canadians in Québec and a high birth rate to maintain that population they were able to maintain a French-speaking majority even today. French culture dominates the province because of the large population as well as laws supporting keeping a French identity.

The aboriginal tribes were the first settlers in Québec and the province's name is an Algonquian word for "strait." Eleven tribes continue to inhabit Québec, including the Algonquians, Micmacs, Mohawks, Ojibway and Inuit. Each of these tribes have their own culture, customs and language, many of which still speak their language at home today. Despite the attempts to force the native tribes to assimilate into the dominant culture in the years 1847 through 1996, they have strived to maintain their own cultures and separate sovereignty. In 2019 some tribes signed reconciliation and self-determination memorandums with the Québec government. 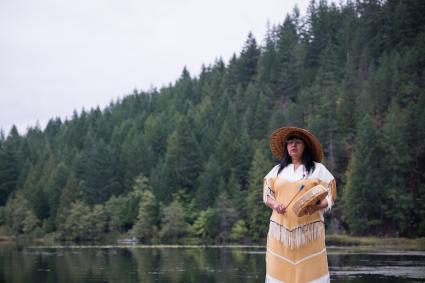 The Acacians are originally French-speaking colonists with a separate culture from the settlers in New France. These settlers mostly moved to the Eastern part of Canada along the coast, hence the description the "Maritime" appellation though some settled into Eastern Québec along the Chaleur Bay, Magdalen Islands, Gaspésie and the Northern coast of the province. The English forced out many of them during the French and Indian War in an event known as le Grand Dérangement (the Great Upheaval or Expulsion) and many died, while others found their way to Louisiana and developed into what we now know as Cajuns. For those who remain in Québec today, they speak accented dialects of French that's similar to that of the American Cajuns. Additionally:

Settlers from England, Scotland and Ireland came to Québec in the 1700s but didn't really come in larger numbers until after the Revolutionary War in the U.S. They were particularly found in the urban areas including Montreal and Quebec City. Montreal is home to the majority of these descendents who retained their English language, though others assimilated into the French culture in order to become successful in a Francophone society. This is why you'll find many Québécois fully blended into the French culture and French as their first language with traditional Scottish, Irish and British last names. The influence of their cultures can still be found in Québécois cuisine, such as potatoes and tea. It also can be found in a dance known as the gigue which originated from Irish and Scottish "reels" or step dancing.

Although many diverse cultures can be found in Québec, there has always been pressure to maintain a strong French Canadian culture and language. This has led to a "dual nationality" in Canada where French and English are required on all government business and the currency, although only in Québec is French considered an official language. Tension between French and English Canada remains today including a strong separatist movement in Québec.

Law and the French Language in Québec

One of the most prominent features in Québec that makes it difficult to become a truly multicultural society are the strict laws regarding the language. The Charte de la Langue Française (Charter of the French Language) of 1977 mandates that French is used in all businesses, public signs, advertising, contracts, public and private documents and even software, websites and games. English can be used as well but there must be a French version as well. Businesses that do not comply are subject to the Office Québécois de la Langue Française and can face substantial fines.

Attitudes Toward Immigration in Québec

Because of the nationalism of French-speaking Québec, there has been hostility toward immigration. This has even been expressed toward immigrants from France although overall the province is more welcoming toward those who already speak French are more likely to assimilate easily compared to other ethnic groups. Rather than promoting multiculturalism which is the policy of all of Canada, Québec focuses on "interculturalism" which is favorable towards a pluralistic society. 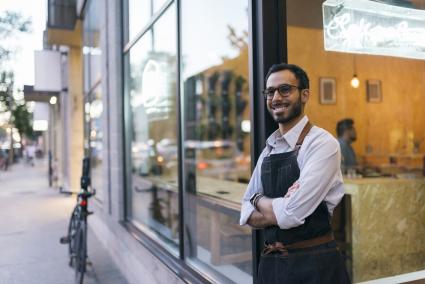 However, interculturalism promotes the French Canadian culture above all others and does not see all cultures present in the province as equally worthy. There has also been a push in recent years to restrict the number of immigrants entering the province and require them to pass language and cultural values tests first. Polls of residents in Canada in 2018 found the most unfavorable attitudes toward Muslims was in Québec.

The most diverse ethnic and cultural areas of Québec can be found in its larger cities, namely Montreal and Québec City. Montreal is known for a large population of Jewish, Italian and Irish people, as well as the home to newer settlers from Asia, Africa and the Middle East. This is no doubt due to Montreal being Canada's second largest city with a vibrant international business culture attracting a diverse collection of immigrants. Despite the fervent insistence on preserving French Canadian culture and language in the province, Montreal stands apart as one of the most ethnically and culturally diverse cities not only in Canada but internationally.

The Future of Québec Culture

While it's clear that French Canadian culture will remain a dominant force in the culture of Québec, multiculturalism will most likely continue to spread in the future. There has been a drop in the use of the French language in over the past few decades Québec as well as Canada overall. The Québecois government appears steadfast in their attempts to maintain a dominant French society though the need to become more multicultural due to the demands of international commerce will continue to push for a more diverse society in Québec.