Sports in France are as intrinsic to French culture as croissants and red wine. Participation is high as is the interest; the French people are extremely proud of their athletes. Some of the most popular French sports include football (soccer), tennis, cycling, handball, basketball, and rugby.

Football, or soccer as it is called in the United States, is one of the most popular sports in France. France has the distinction of being one of only three nations to have won back-to-back major tournaments, like FIFA World Cup, UEFA European Football Championships, and FIFA Confederations Cup.

Introduction of Football in France

Football was first introduced to France in the 1870s by English travelers, but it didn't really take off at the time. Its popularity really dates back to the First World War when soldiers played in the trenches during long periods of downtime. The game spread after the war and remains one of the most important sports in the country.

France's team is locally known as Les Bleus (The Blues) with colors of blue, white, and red. The football scene in France is composed of Ligue 1 and Ligue 2, each with 20 participating teams, and then semi-pro and amateur clubs, with over 18,000 clubs registered with France's Fédération Française de Football.

The national soccer team won the UEFA European Championships in 1984 and 2000, and the World Cup in 1998. In 2001 and 2003, they won the FIFA Confederations Cup, an international soccer contest among eight teams in the year prior to a World Cup.

You'll see the French spirit really come out when the team makes it to the finals or wins the whole tournament, with celebrations that spill out onto the Champs-Elysées as excited fans party until the sun comes up.

Also among the popular French sports is tennis, and every year during springtime, the best clay-court specialists in the world converge on Roland Garros to test their skills. In fact, tennis is so popular in France that it ranks second only to football and there are dedicated sites like World Travel Tennis that specialize in tennis-themed vacations to France.

The last Frenchman to win the French Open was Yannick Noah in 1983, while the last French woman, Mary Pierce, secured the title in 2000. The French Open itself dates back to 1891 as a national championship and was raised to international status in 1925. When it first started, the championships were reserved for French Clubs, and women's singles were added six years later.

While it's true that France did not establish an official handball team until the early 1990s, since that time, they have gone on to make several successful showings in several tournaments.

The sport of handball is popular in primary and secondary schools in France, and team handball continues to gain popularity in the country at large.

Rugby Union is extremely popular in France, and in fact, their rugby team is considered one of the strongest in Europe. Every year, France participates in the Six Nations Championship, along with England, Ireland, Italy, Scotland, and Wales. The team has much to feel proud of-they've won the championship over 15 times! According to World Rugby, as of July 30, 2017, France is ranked number 8 in the world.

In 2016, a reported survey showed rugby is now the most popular sport in France, with 39% of the population preferring rugby to the 29% who prefer football. 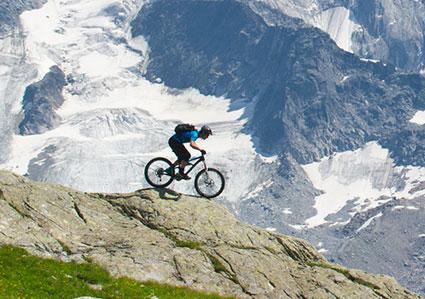 One can't discuss popular French sports without mentioning the internationally well-known Tour de France. This cycling event takes place each July and lasts three grueling weeks. While it's true that Lance Armstrong did much to increase the Tour's popularity in the States, there can be no doubt that France's terrain also played a role. At times quite treacherous, particularly when it rains, this stunning setting also contributed to raise and maintain awareness about this sport.

The first race was organized in 1903 to help increase sales for the L'Auto newspaper. The Tour de France has been held every year since, except for disruptions during the two World Wars. Today, the popularity of the race has spread with riders from all over the world participating in the event. The route typically changes each year, but the format stays the same, with the scenic passages through the Pyrenees and the Alps and finishing at the Champs-Elysées. The route even extends into neighboring countries in some cases, like Belgium, Germany, and Luxembourg.

It may come as a bit of a surprise that basketball is quite popular in France. The national basketball team falls under the jurisdiction of the Fédération Française de Basket-Ball, and they secured their first major title in 2013 at the EuroBasket 2013 championship in Slovenia.

If you look outside France at basketball, there are only around 8 French players in the NBA. Surprisingly though, France supplied the largest number of players outside of the US in a recent season.

What helped propel basketball's popularity in France were the pop culture aspects. Players like Michael Jordan and brands like Converse made their way into mainstream fashion and culture, prompting French citizens to adopt trends and products.

Some internationally famous French athletes include:

Putting It All Together

This is just a sampling of popular sports in France, but even from this brief list, it's easy to see the impact these sports have had around the world. Moreover, it's also clear to see that France has much to be proud of, as its athletes are quite talented and continue to make news globally.