Learning how to talk about the calendar, including the months of the year in French, is very useful and should be considered basic vocabulary.

Months of the Year in French: Les Mois d'Années

The French talk about dates quite differently than do American English speakers:

Quelle est la date? What is the date?

However, you cannot use ordinal numbers to express dates otherwise, so:

If you're talking about the calendar, you may also need to talk about certain holidays and events that happen annually.

While Americans might be celebrating Ground Hog Day, the French are eating crêpes and celebrating the Catholic holiday of Candlemas or le Chandeleur.

Le Mardi Gras (which literally means "fat Tuesday" in French) isn't just for New Orleans. Le Mardi Gras or le carnaval is celebrated in France as well and happens exactly 46 days before Easter, which is somewhere between February 3 and March 9.

La Saint-Valentin is celebrated le 14 février, and is a great time to brush up on how to express your love in French. 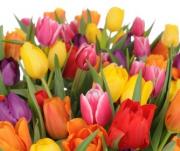 Le Pâques, or Easter is usually celebrated in avril although it can also occur in mars.

In juillet the French are happy to commemorate the beginning of la révolution française with Bastille Day. Le jour de la prise de la Bastille or simply la fête nationale, is celebrated each year in remembrance of the French storming the Bastille--a prison that symbolized the monarchy's oppression of its people.

Le premier november (the first of November) starts with the holiday la Toussaint (All Saints' Day) in order to celebrate those saints who don't have their own day.

Of course in décembre, the French celebrate le Noël (Christmas) and that generally begins with l'Avent and ends with la Fête des Rois (Epiphany). Many families still attend la Messe de Minuit ''(Midnight Mass) on Christmas Eve and afterwards will have a huge feast known as le Réveillon.

Learning the months of the year and even some vocabulary associated with the calendar will serve you well in communicating to your peers in French. Since so many months are cognates, it's actually very easy and requires very little memorization.

0
Comments
© 2006-2020 LoveToKnow, Corp., except where otherwise noted. All Rights Reserved.
Resources, Advice & Tips for Covid-19
Read More
Months of the Year in French