France's long history and varied geology have given root to national traditions as well as diverse regional ones. From snow-capped glacier peaks to sun splashed shores, France encompasses a great variety of landscapes. As 20th century French President Charles de Gaulle expressed it, "How can anyone govern a country that has 246 different kinds of cheese?"

The country's name comes from the early Medieval Frankish tribe whose leader Clovis was the namesake for a long string of 18 French kings called Louis. Today, France maintains some traditions that can be traced back to the knights and castles of the Middle Ages, others from the enlightenment of the Renaissance, and still others in more recent history.

As residents of one of the world's oldest nations, the French have deep respect for language, customs, traditions, and etiquette while taking pride in their global status as innovative, forward thinkers in the arts and literature, cuisine, and fashion.

The most important holidays are marked by celebrations in the countryside, villages, and cities throughout the nation. With 11 official national holidays, French workers enjoy a generous number of days off.

When a French holiday falls on a Sunday, it is officially declared on Monday. The French are known for being crafty, especially in May, about creating extra long weekends when a holiday falls on Tuesday or Thursday, in a widespread practice known as faire le pont or "making a bridge."

Five more key dates on the French calendar are:

Significant personal moments in French life are observed with traditional customs handed down through generations.

Baby showers aren't common in France, but expectant mothers are often showered with practical, nearly new items from friends and family after the baby's birth. Unsurprisingly, French tradition involves wine, even for a new arrival. The ultimate gift is a case of wine representing baby's year of birth that the parents can lay down to mature until the child reaches adulthood at age 21.

For the new mother, an old French tradition is for the new father to present a diamond piece of jewelry to celebrate the birth of the couple's child, especially in the case of the first born child. 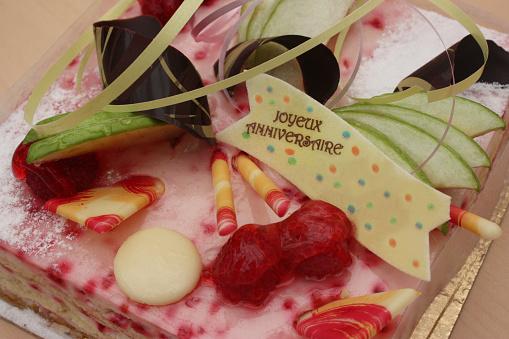 Attend a birthday party in France and you'll notice quite a few similarities, plus a few differences, to birthday celebrations you've experienced in the US. Expect cake adorned with fruit instead of icing. Learn how to sing "Joyeux anniversaire!" and if you don't know what to choose for a gift, go with flowers or anything that's elegantly wrapped and tastefully adorned with ribbon. 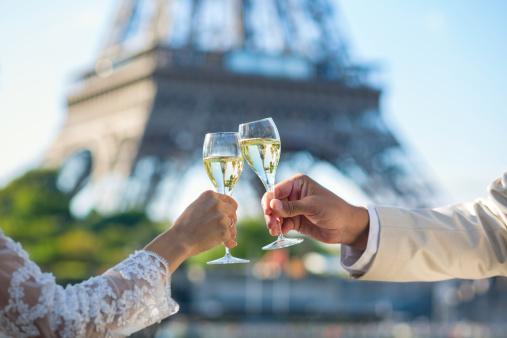 At French weddings, it is traditional for someone to behead bottles of real Champagne using a specially made saber. According to legend, the tradition originated with Napoleon's skilled Hussard horse soldiers. In victory, they would ride up at a full gallop and cleanly chop the top of champagne bottles held aloft by ladies. Since the early 19th century, a traditional French wedding cake, called croquembouche, is a towering confection made of pastries or macarons piled into a cone and bound with spun sugar or threads of caramel. 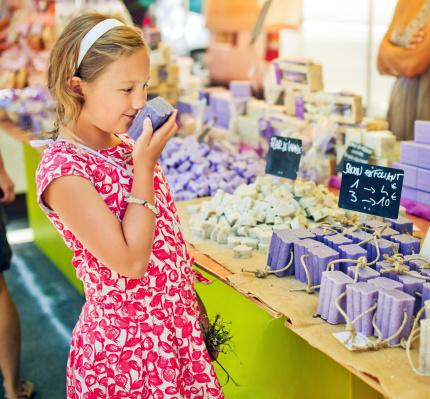 A sunny market day in a Provençal village is the epitome of traditional French living, even in the 21st century. It's a year-round French tradition that can be traced back over 800 years. For the locals, it's a shopping trip combined with a social visit; for visitors, it's a feast for the senses. A jumble of bright stalls display textiles, hardware, antiques, handmade lavender soap, fresh flowers, sausages, heaps of olives and more in a variety that reflects local specialties.

It's all finished around midday, as everybody heads to a café or home for lunch and possibly a siesta. Each of the villages or Paris neighborhoods with a market has different days and hours. While nobody knows for sure, the best guess is that some 10,000 traditional French markets operate across France.

French food is considered top of the pecking order among the world's most celebrated cuisines. Significantly in 2010, French gastronomy was recognized by UNESCO as an "intangible cultural heritage." As for wine, France is second only to Italy in production and French wines hold their own among the world's most famous, prized varietals and estate labels.

In the late 19th century, restaurateur, chef and food critic Auguste L'Escoffier unified the best French cooking techniques in a standard recognizable form. L'Escoffier also created an organizational system for professional kitchens based on a division of labor known as the brigade system.

French Bread and Cheese with Wine 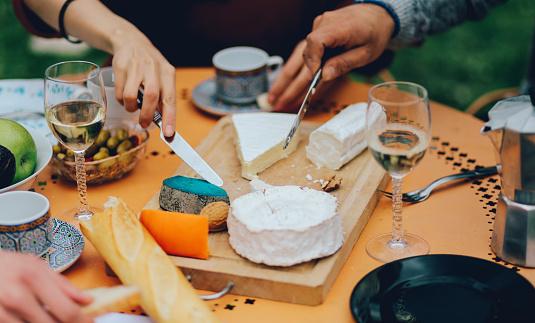 There is perhaps nothing more traditional in France than the sight of people lining up outside the local village boulangerie (bread store) waiting for the freshly baked baguettes they will eat with breakfast, lunch, and dinner. There are even regulations on ingredients and method of production of the baguette traditionelle, consumed at a rate of 10 billion per year.

Anyone can tuck a perfect, crusty baguette under the arm to be paired with French cheese and red or white wine for a traditional French picnic lunch that's eaten at home, on a park bench, or laid out on the grass by a river bank. The most classic French wine and cheese pairings are regionally inspired.

France has long distinguished itself in the visual, cinematic, and performing arts. Celebrated artists in painting, music, dance, and cinema have been ahead of the times, exploring avant garde themes, movements, and techniques in their crafts. 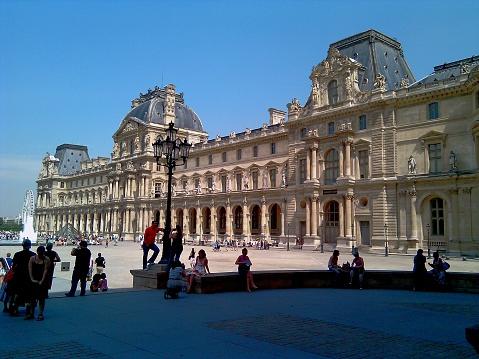 The Louvre in Paris is the world's most visited museum, with more than nine million people streaming through its doors annually. Some of the world's most valuable, beloved French Impressionist paintings hang in the nearby Musée d'Orsay. Several of Monet's famous "Water Lilies" landscapes line the walls at its much smaller offshoot, l'Orangerie.

Popular works by well known French artists such as Claude Monet, Pierre-Auguste Renoir, Edgar Degas, Édouard Manet, and Paul Cézanne are admired in the collections of fine art museums around the world where these Impressionists represent a rebellion against the formality of classical tradition by the Great Masters.

The filmmaker Lumière brothers are credited with being among the first to create moving images at the dawn of the 20th century. Their early experiments recorded everyday events, such as trains arriving at stations. Thus began a long tradition of film production in France. After World War II, La Nouvelle Vague or New Wave launched a French cinematic tradition when a group of young critics including François Truffaut and Jean-Luc Godard started making their own films.

Fiercely proud of their melodic language, the French have produced a strong literary tradition, with a claim to more Nobel Prizes in literature than any other nation. For centuries, French was the intellectuals' language of arts, letters, and diplomacy. While everyday descriptive French adjectives and slang come alive with informal imagery, the written language's purity has been closely protected by 40 esteemed members of the Académie Française since the 17th century.

The immense pride French people take in their language, local customs, products, and traditions is one of the things that makes France so special. Learning about the best, as well as the truly unique, among those traditions and visiting France to share some traditions in person is one way anyone can celebrate life with a uniquely French accent.