Common French sayings sometimes develop into proverb status, and some become so common that they bridge over into other languages. From cooking to romance, and many topics in between, several popular phrases from French have made their way into English.

English Sayings and Words That Come From the French

Truthfully, English speakers have borrowed quite a bit from the French language. While the French have a tradition of keeping their language pure, English has historically incorporated words from several European languages. Anglophones use German, Italian and even Spanish words in daily communication. Did you know that these common English phrases come from French? 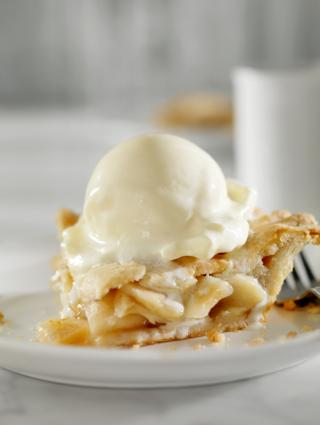 Of course the French have their own unique sayings, some of which have taken on proverb status:

To take all of these sayings with you, click on the image below and download a free printable study guide. If you need help downloading the printable, check out these helpful tips. 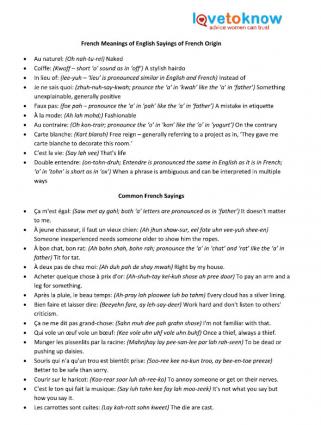 French is often referred to as the language of love, and indeed the language is beautiful and can sound lovely for romantic occasions. Learning a few romantic French love phrases, or famous French love quotes, to speak or add to a card or letter can be a wonderful way to express your emotions. Try a simple phrase such as Je t'adore (meaning I adore you) to start.

The more you can interject some common sayings into your everyday French vocabulary, the more you will sound like a native speaker of French. Practice with each phrase daily until you know it and know how to use it in the correct context. Practicing regularly is the road to French fluency!