While numerous factors contributed to the Revolution, most historians agree that a few key events and philosophies prevalent in late 18th century France led to a society that was ripe for revolting.

The decadence of the monarchy, along with other factors like war and poor harvests, led to an extreme financial crisis in France during the second half of the 18th century. People were going hungry, and it appeared as if the monarchy just continued to spend carelessly.

At the time of the Revolution, Marie Antoinette and Louis XVI were known for spending frivolously. Marie Antoinette is frequently credited with callously saying "let them eat cake" in response to finding out that Parisians were starving. However, it is probably more accurate to say that she was totally unaware of the people's suffering. Louis XVI further added fuel to the fire by dismissing financial ministers who tried to bring about reform.

Influence of the American Revolution 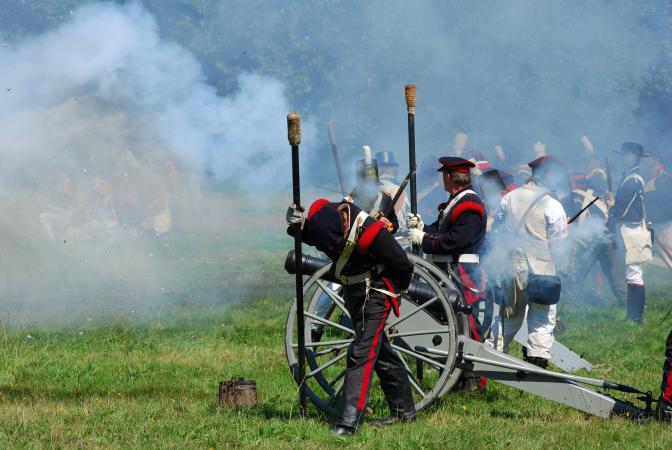 While it can't be said that the American Revolution was a key factor in the French Revolution, the seed that the colonial uprising planted certainly cannot be ignored. The American Revolution ended in 1783, and the American victory inspired much thought regarding the idea of a government that serves the people. The writings of Montesquieu, Voltaire and Rousseau were highly influential as they circulated throughout society, accessible to the common man.

18th century France was still under a feudal system which further served to breed contempt of the poorer classes towards the nobility. Taxes were aggressively collected, but only from lower classes. The king ruled as an absolute monarch, although there was also an Estates General. However, even when the Estates General was called, it was organized in such a way that only those of nobility could truly have a voice. It was in this manner that the people were shut out.

It was in this climate that the seeds of revolution were planted and watered.

The effects of the French Revolution not only had long-lasting consequences for France, but also for the rest of the world, as Europe saw a rising middle class, as well as Napoléon Bonaparte's rise to power.

The Reign of Terror 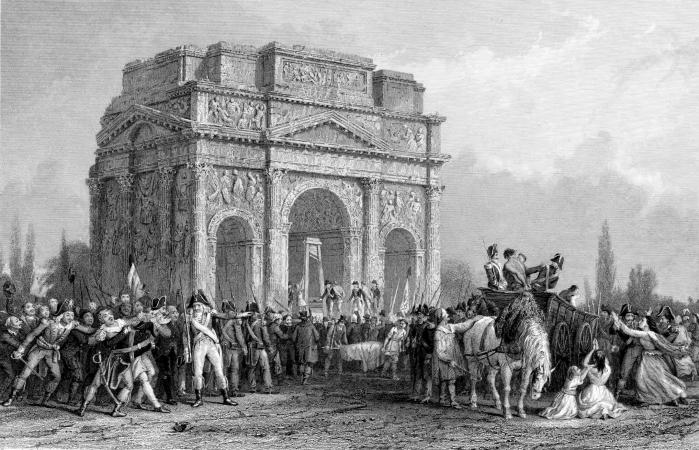 While the goal of the French Revolution was to establish a more democratic government that represents all people as opposed to just the wealthy and the aristocracy, the result ended up being relative chaos. The Reign of Terror, largely administrated by Danton and Robespierre, saw the beheading of many members of the royalty, including Marie Antoinette and countless others who were members of the French court or were in some way considered a threat to the new government.

As France struggled under ineffective leadership that changed very little in the course of the daily lives of the common people, Napoléon was able to return from a campaign in Egypt and, relatively easily, seize power with military help. Napoléon established what is known as the Napoleonic Code. Perhaps the most far-reaching consequence of this was the establishment of the Napoleonic Code or Code civil des Français. Essentially, the Code made the legal system fairer to all in France regardless of religion or wealth.

Since the Revolution essentially ended the feudal system in France, one effect that would greatly influence French culture was the emergence of a middle class or bourgeoisie. Society would never be the same, as the middle class exerted increasing influence on how things are done.

An entire history book could be filled with what caused the French Revolution, plus the resulting effects on France and around the world. However, understanding the gist of the mentality of the time as well as examining some of the far-reaching consequences can give students a window into some of the thinking prevalent at the time.

11
Comments
© 2006-2021 LoveToKnow, Corp., except where otherwise noted. All Rights Reserved.
Cause and Effect in the French Revolution